Warehouses for rent in the northwestern part of Oradea, located on Calea Borsului, 7 lm away from Bors Customs

Production and storage spaces to let in Oradea

Eurobusiness Park I is located in the north-western part of Oradea City, on Calea Borsului (E79), the main road towards the national border with Hungary (Bors customs).

The park is placed at 4 km from the central area of Oradea, 7 km from Bors customs, respectively at 70 km from M3 Motorway in Hungary.

The access is made from Calea Borsului (E79), the park being placed on the left side coming from the city towards Bors customs.

Eurobusiness Park I is the largest industrial park in Oradea and Bihor County, being spread on 130 hectares. The park was established in 2008 and is over 90% occupied currently, including major occupiers such as Eberspacher, Emerson, Faist Mekatronic, Plexus, SHC, Astor Mueller etc. The construction was made to accomodate storage spaces and production spaces 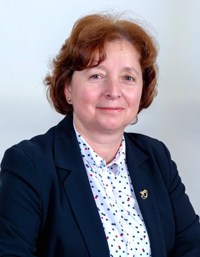