CTPark Bucharest is located in western part of Bucharest, at the 13th km of A1 Motorway, on the right side goining from Bucharest to Pitesti.

The access is made from A1 Motorway, coming from both ways (Bucharest, Pitesti).

CTPark Bucharest is a modern logistic park with storage and production spaces. All spaces benefit from A-class facilities, standards and finishes that include LED lighting, sprinkler system, office space in each hall. 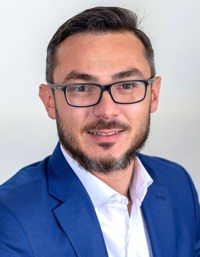